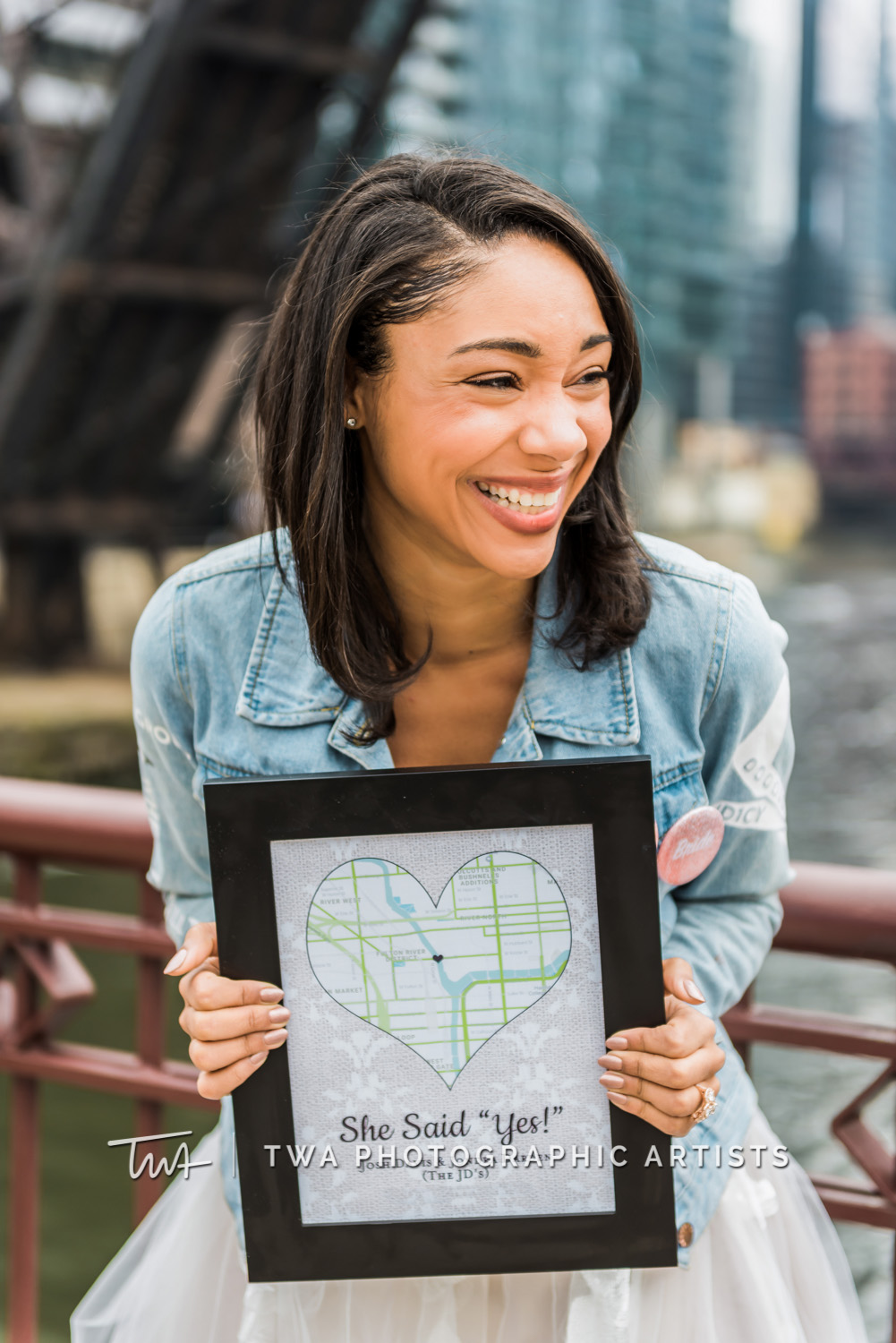 While Jondra was living in Knoxville working as an event planner for the University of Tennessee, she met Josh at an event in Chicago for incoming freshmen. Josh was attending as an alumni. Their relationship started off long-distance but less than a year later, Jondra moved to Chicago and Josh proposed just seven months after her move!

For her bridal photo session, Jondra chose the Kinzie Street Bridge because it was where Josh proposed to her as their family and friends watched from their nearby apartment window. What a sweet way to remember this moment! We also took photos at the Langham Hotel because it’s one of her favorite Chicago spots.

Jondra had two wedding gowns for her big day: one for the ceremony and the other for the reception. The lace gown was her mother’s wedding dress. Jondra decided that having a photo session before the wedding would give the couple time to enjoy their big day with family and friends with no interruptions. We absolutely love this idea!

This gorgeous bride is naturally beautiful. Her hair was done by Erica Deal (@feelinglike_abigdealand) her makeup was done by herself. The flowers in the photos were bundled from Jewel Osco by Jondra and her mother. The lace dress was once her mother’s but Jondra’s alterations done by Leeanne Stites (@gmamastites). The second dress, worn for the reception, is from Willowby by Watters (@luxebridalnashville).